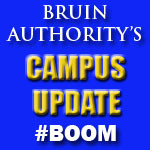 Sports news and notes from UCLA and around the country:

The UCLA intramural (IM) field is getting a new look. UCLA is installing a synthetic turf on 7.7 acres of it. The upgrade began December 1, 2014, and is designed to save UCLA 6.5 million gallons of water a year. The 3.5 million dollar project will include a jogging track, and permanent field lines for soccer, football, flag football, rugby, softball, and lacrosse.

Gary Anderson is starting to fill out his staff at Oregon State. Already named include his Recruiting Coordinator from Wisconsin, Vince Guinta, and the Director of Football Operations for BYU, Zack Nyborg. No word yet on recruiting ace Chad K. While we like Mike Riley (and were in favor of him replacing Bob Toledo a decade ago), we have to consider that the quality of PAC-12 coaching have increased significantly with the hiring of Andersen.

We heard a few rumors that Noel Mazzone was being considered for the Oregon State position. We can state they were false. OSU interviewed four other coaches for the position besides Anderson. They included EWU head coach Beau Baldwin, Utah State head coach Matt Wells, Hawaii head coach Norm Chow, and a courtesy interview to OSU alum and San Diego State defensive line coach Osia Lewis.

UAB recently dropped football due to “flat profits and growing costs.” We have frequently written about how UCLA football struggles with administrators and faculty behind the scenes who consider it a threat. They mistakenly look at the football program as draining their research money and skimming their glory.

We found this interesting article at AL.com, which suggests UAB undervalued the economic impact of dropping football.

The Detroit News is reporting that the odds of Coach Mora becoming the next coach of Michigan are 8-1. They also say the odds are 8-1 that Mora will be the next college coach to take an NFL job. We don’t think there is much to these rumors.

After all, Mora asked the UCLA administration to increase coaching salaries. They did and he now has the 7th highest paid staff in college football. He asked for a new football facility, and UCLA began raising $50 million for a state of the art building. He wanted to include the color black into the UCLA football palette. UCLA did and while it seems like a minor thing, it is really a giant bureaucratic marketing hurdle to do something like that. UCLA seems to be very accommodating to his requests and the UCLA family has completely embraced his non-profit charity, the “Jim Mora Count on Me Foundation.”

Hard to imagine him believing the grass is much greener anywhere else. 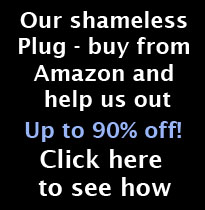