Budda will be visiting UCLA this weekend.  We found a few articles about his recruitment and his family.  Here you go… 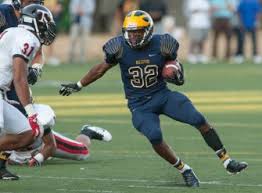 Budda Baker is not planning to announce his college decision until Signing Day, Feb. 5, but was impressed with Washington after his official visit this past weekend. He will take an official visit to UCLA this weekend.

“I thought it was great; I’ve already seen the facilities multiple times, so it was just a matter of talking to the new coaches and getting to know Coach [Jimmy] Lake, my DB coach, and Coach[Chris Petersen], the head coach,” Baker told the Times. ”I got an impression that they care more about developing guys into a man instead of just football. He’s bringing more discipline onto the team.”

Baker, a four-star recruit, committed to Oregon on Dec. 20, but reneged on that decision this past Friday. Oregon planned to use the 5-foot-10, 177-pound safety mainly on offense, which was a factor in Baker’s decision to decommit. The former Bellevue star wants to play on the defensive side of the ball and said that Washington’s plan is to use him as a safety. The Huskies told Baker they also envision implementing an offensive package for him, as well as having him return kicks.

“It wasn’t for me, I think,” Baker said of Oregon. “I was just thinking about straight up football at Oregon. I wasn’t really thinking about anything else. I also thought I don’t think I could live in Eugene for four years.”

The Q&A with Baker today:

On his decommitment from Oregon: It wasn’t for me, I think. I was just thinking about straight up football at Oregon. I wasn’t really thinking about anything else. I also thought I don’t think I could live in Eugene for four years.

On if there were any other reasons: It was just mostly the location and I wanted to play defense.

On if he’ll take an official visit to UCLA: I’m taking that this weekend.

On his UW visit: I thought it was great, I’ve already seen the facilities multiple times, so it was just a matter of talking to the new coaches and getting to know Coach (Jimmy) Lake, my DB coach, and Coach (Chris Petersen), the head coach.

On his impressions of the coaches: I got an impression that they care more about developing guys into a man instead of just football. He’s bringing more discipline onto the team. Those were probably the two main factors.

On if those are positives: Those are real positives.

On how he plans to announce: I don’t really know yet. I think I might have something at the school.

On if it helps that Bellevue teammate Shane Bowman recently committed to UW: It helps, but that’s just a plus, I’m not really looking forward to it. It’s just a real good plus, especially because he’s a good friend.

On what UW wants him for: They told me what they need and what they want me to do. They want me to play free safety, and then have a package on offense and do kick return and all that stuff.

You can read the Q&A HERE.

The Bellevue High School football star and the state’s top recruit, Baker has received both inspiration and a cautionary tale in his brother, who has been in prison for four years.

The belt is still in his room.

He has the letters, too. And gets the weekly calls. But the belt is the greatest link left to a day he’d rather forget, to a day he won’t forget.

Budda Baker, Bellevue’s star safety, doesn’t wear it anymore. He’s gotten bigger these past four years, even though he has a frame that doesn’t come close to 6 feet or 200 pounds. So it now stays with the letters that his brother, Robert, has written from jail.

The day Robert was sentenced to eight years in prison for first-degree robbery and possession of a firearm, and handcuffed as he tried to hug his younger brother, authorities took off the belt that held together his dress suit. Budda was crying when he was handed the belt.

The belt helps keep the memory of his brother alive as Budda waits for his release.

“He means a lot to me,” Budda said. “My brother played high school and he was just like me. I feel like me playing football, I’m kind of living in his dreams. It’s kind of my heart and his heart together.”

Baker has achieved athletically just about all that one can during high school. The All-American safety at Bellevue and the consensus top recruit in the state has the talent to succeed at the collegiate level.

On Friday night, Baker’s Bellevue team will play for its sixth consecutive Class 3A state football title against Eastside Catholic.

At 5 feet 8 and 177 pounds, he’s the type of player that can change a game with one play. It isn’t wise to leave for a snack when he’s on the field, but good luck — Baker is a talent on defense, offense and special teams.

“I don’t want to get all hyperbolic, but every time he touches the ball, there’s a chance he’s going to do something special with it,” said Brandon Huffman, a leading recruiting analyst for Scout.com.

Bellevue coach Butch Goncharoff believes Baker is in the conversation with 2013 grad and current UCLA star Myles Jack, as the best player the Wolverines have had in the past decade. Baker has narrowed his list of college choices to Washington, UCLA and Oregon, and he’ll likely decide on Feb. 5, the first day recruits can sign a letter of intent. He is projected as a safety, but don’t be surprised see him play on offense, like Jack has this season.

That alone, though, doesn’t make him special.

“The thing I tell everybody about Budda — every kid loves to play on Friday nights, everybody’s excited,” Goncharoff said. “Budda, the best thing about him is you can’t tell the difference between Friday night (and) Monday at 3:15. Practice looks exactly the same. That is rare. That is probably the most rare thing.

“I’ve never seen the kid have a bad practice — ever. I’ve never seen him not go 100 percent ever in the years I’ve had him. I can say that about a very rare few kids.”

To Baker, there’s no other way to play. When he was an underclassman, older players mentored him, and he considers that aspect as one of the main reasons Bellevue is so successful. Baker wants to sustain that and set a good example with his work ethic.

Sometimes, others say he’s too humble. It must be an act. Baker lets out a little laugh when he talks about that. It’s the nervous chuckle of a teenager not quite comfortable with such harsh perceptions.

If Baker isn’t humble, if it’s all an act, it’s a masterful bit of misdirection worthy of Bellevue’s wing-T offense.

He has no problem admitting he would rather hang out with his family — Baker lives with his mom, stepfather and younger sister — than go to parties.

He reveres his mom, Michelle, and views her as “my mom and my dad.” She is a cancer survivor and is currently battling Crohn’s disease. The fight Michelle has shown through her struggles and her desire to take care of the family during tough times has taught Budda to persevere, to be a fighter.

And then there’s his brother Robert, who he has only seen a couple times in four years, but is as inspirational as anyone in his life.

“He taught me: You’re going to be fast, you have great genes, but never be disrespectful and always stay humble and try your hardest even if you’re on the top,” Budda said.

Robert’s still teaching. He’s the one who tells Budda on those weekly calls to help out around the house until he gets back, the one who has been down the wrong path and serves as a cautionary tale. The one that keeps Budda out of trouble, so that in three years he can be the dynamic player thousands of people will pay to see play.

So that his brother can see him play. So that he can return the belt to its rightful owner.